Senator Klein Get Endorsement from NYLCV 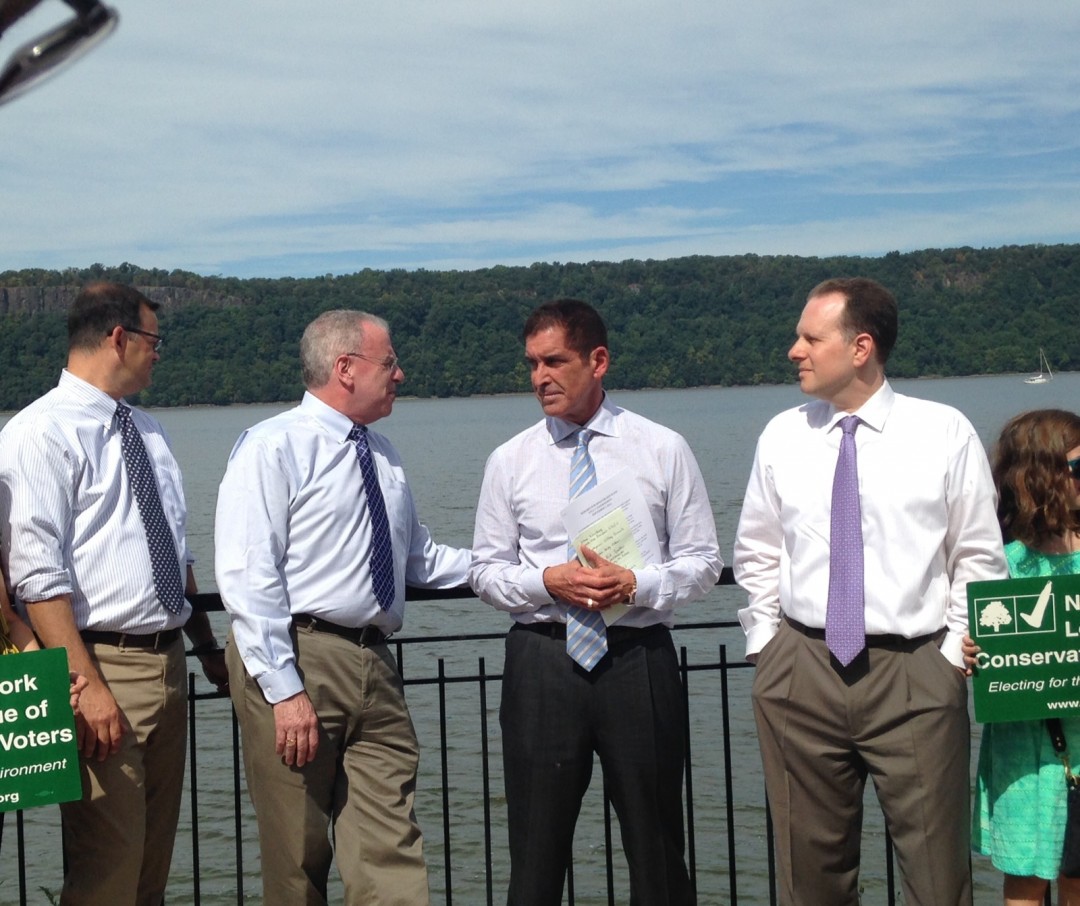 On Wednesday (Sept. 9th) a Bronx senator (D) met with a league of conservative voters to announce an endorsement.

Due to  senator Jeff Klein’s environmental record which included a fight against an LG Electronics tower being built,that would have surpassed the treeline of the Palisades. The league praised Klein for this and a number of initiatives including a climate change bill,  future work on a Child Safety Product bill and for continued effort on brownfield clean up. The New York League of Conservative Voters expressed their support and backing of this candidate.  “ It’s not always easy to get things done in Albany, but I think it’s fair to say that we achieved a number of successes both this year and the past couple of years”, said assemblyman Jeffrey Dinowitz, who has also been endorsed by the league, “that was in large part due to the senate passing good laws, and that would not have happened but for senator Klein.”

Senator Jeff Klein addressed press and fellow conservationist in front of the sun drenched Palisades. Located along the Hudson River at the Riverdale Station in the senator’s hometown of the Bronx. The scenic location served as a reminder the kind of environmental legislation the factions are trying to pass. Klein was asked what opposition he faced when trying to get environmental legislation passed, he said,“ Members think differently on environmental issues. Contingent upon where they come from and what they represent…If you have a large chemical company…you’re gonna think twice to something as important as the Child Product Safety Law.”

Klein mentioned his environmental record. In the last legislative session he passed 19 bills regarding sustainability. Such as the citywide lowering of speed limits to 25 mph and Food Metrics, which is more specifically, an effort for New Yorkers to eat locally produced foods. Klein credited his ability to get bills passed to gaining Republican support.

“It’s very difficult to get 32 votes of just Democrats on most any issue especially a controversial one you need to get Republican votes as well, “ said Klein. Working with both parties is something Klein has been known for especially in his co-founding of the IDC (Independent Democratic Conference). It was clear that the Senator came highly recommended by the league for his environmental record and ability to get bills passed. Due to initiatives as these it would seem the endorsement has gone to a deserving candidate.

The Good the Bad and the Indifferent →